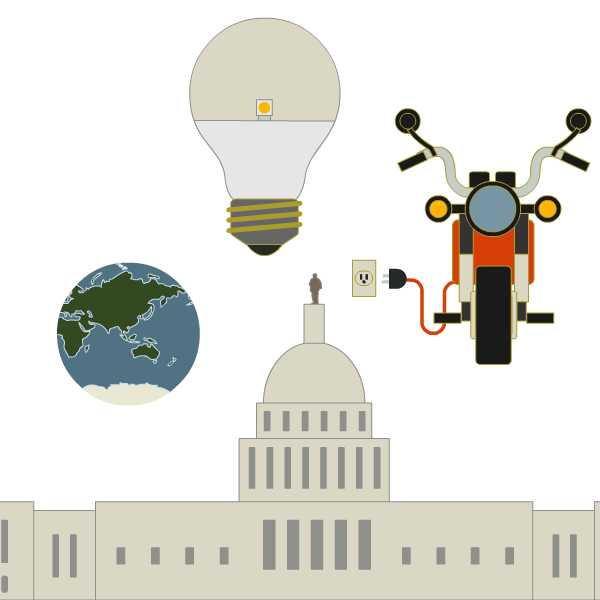 It was after 2 a.m. in London, but Aparna Shrivastava, ’11, stayed up to watch Joe Biden and Kamala Harris deliver their victory speeches from Delaware after the 2020 presidential election was called on Nov. 7. Hearing both talk about how addressing climate change would be integral to their agenda, she decided she had to find a way to get a job in the new administration.

A year later, Shrivastava represented the United States at the COP26 summit in Glasgow, Scotland, as the first Deputy Chief Climate Officer for the U.S. International Development Finance Corporation. The DFC, which partners with the private sector to finance projects in the developing world, announced nearly $900 million in funding at the summit for projects aimed at mitigating and adapting to climate change and building more resilient infrastructure. They include biodiversity protection zones in Belize, energy-efficient public lighting in Rio de Janeiro and electric motorcycles in Rwanda and Kenya.

Shrivastava grew up in the Portland suburb of Tigard, the daughter of first-generation Indian immigrants. After earning her degree in mechanical engineering from Oregon State, she spent more than a decade in sustainable development and humanitarian work in Africa, Central America and Asia. At the DFC, she focuses on integrating climate change projects into at least a third of the $6 billion the agency currently invests each year in global development.

Shrivastava came to focus on climate change after seeing “the potential unraveling that the climate crisis either already was doing or was definitely going to do to decades of hard-earned development gains in water access, public health, infrastructure and agriculture,” she says. “I don't think you can work on international development issues right now without addressing the climate crisis.”

Shrivastava is also motivated by international development on climate as a driver for global justice, equity and economic opportunity. “Historically marginalized populations are disproportionately bearing the impacts of climate change around the world,” she writes in a DFC blog post. She believes investing in climate-smart infrastructure represents a “once-in-a-generation” opportunity for job creation, healthier communities and dismantling racial inequities.

Determination is how Shrivastava came to work in the Biden administration, despite knowing nobody in Washington, D.C. Her professional contacts were all international, so she looked for who in her networks knew people in the capital and sent several cold-call emails to appointees who were covered in the news. Her sister, who had worked in Washington before, guided her through how the appointment process works. And after the call came, she compiled “about 36 pages of notes” to prepare for the interview. It took about a month before her appointment was announced, which was “very excruciating in terms of refreshing my inbox,” she says.

When Shrivastava was a student at Oregon State, she recognized that “as engineers, we have so much power to do good in the world.” She encourages current students to follow the issues they care about. “Don’t be afraid to admit what you don’t know and try to learn. Keep at it,” she says.

She has followed her own advice. After graduation, Shrivastava knew she wanted to work in international development. Over her career, she has worked at the community level to understand what the needs are and at the system level to make change happen. “I was really interested in making an impact,” she says.

Aparna Shrivastava has done more than achieve her goal. Every day, she works to exceed it.