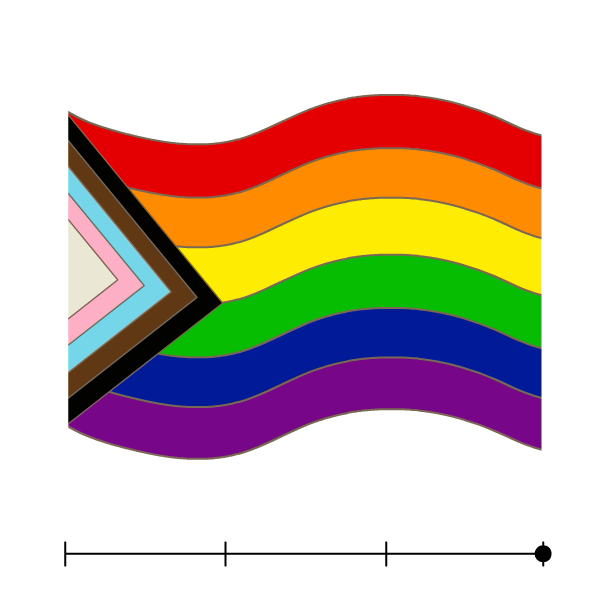 The Oregon State University Pride Center and SOL: LGBTQ+ Multicultural Support Network are commemorating Queer History Month this year by way of a timeline that highlights significant moments in queer history from 1924 through 2016.

The timeline was developed by Marin Monteith, a Pride Center leadership liaison, and Alyssa Pinoliar, a community relations representative, and they encourage everyone in the Oregon State community to “continue to grow the interaction and engagement through the joy of education and recognition.”

SHR was the first gay rights group in America. Founded in Chicago, its “Friendship and Freedom” newsletter was also the nation’s first recorded gay rights publication.

The Beaumont Society is a transgender support and activism group that works toward a more trans-friendly society. The society remains active today; learn more at beaumontsociety.org.uk.

1972: Gay Liberation Front hosts the first London Pride parade on the anniversary of the Stonewall riots.

"Our chant of 'gay is good' challenged the orthodoxy that gay was bad, mad and sad. The police hemmed us in. Some officers openly abused us. Bystanders shouted insults...it was scary, but we were determined to be out and proud — and to demand our liberation."

1973: APA removes homosexuality from the list of mental illnesses in DSM.

The American Psychiatric Association voted to remove homosexuality from its Diagnostic and Statistical Manual of Mental Disorders, but replaced it with “sexual orientation disturbance.” Homosexuality was not effectively taken out of the DSM until 1987.

1989: Historic LGBT activist group “After 8” is founded in Benton County.

After 8 worked in Benton County and Corvallis in the 1990s, securing LGBT rights and emphasizing youth work, education and anti-discrimination.

For 20 years, the Pride Center, formerly the Queer Resource Center, has provided resources, hosted events and helped build community for queer students and community members in Corvallis. It has also served as the home for SOL: LGBTQ+ Multicultural Support Network, an initiative for queer and transgender Indigenous, Black and people of color, since its founding in 2004.

In a 5-4 decision, the U.S. Supreme Court ruled that the right to marry — regardless of gender — is protected under the 14th Amendment. Respecting marriage between same-sex individuals was no longer up to the states.

The Queer History Month timeline walk can be seen along the west mezzanine in the Memorial Union through Oct. 31.